Since acquiring the Adtran 600, discovering the six capacitors which had long since ruptured across the installed modules wasn’t entirely welcome. Nevertheless, they’ve since been replaced (along with the other six which seem fine) and the unit is as operational as it can be until the PortMaster 3 arrives.

I’ll follow up with a post covering the network as soon as possible; for now, trust that the Adtran 600 is an important part of it.

Below are a few pictures and a video to demonstrate that at least the modules are recognised. 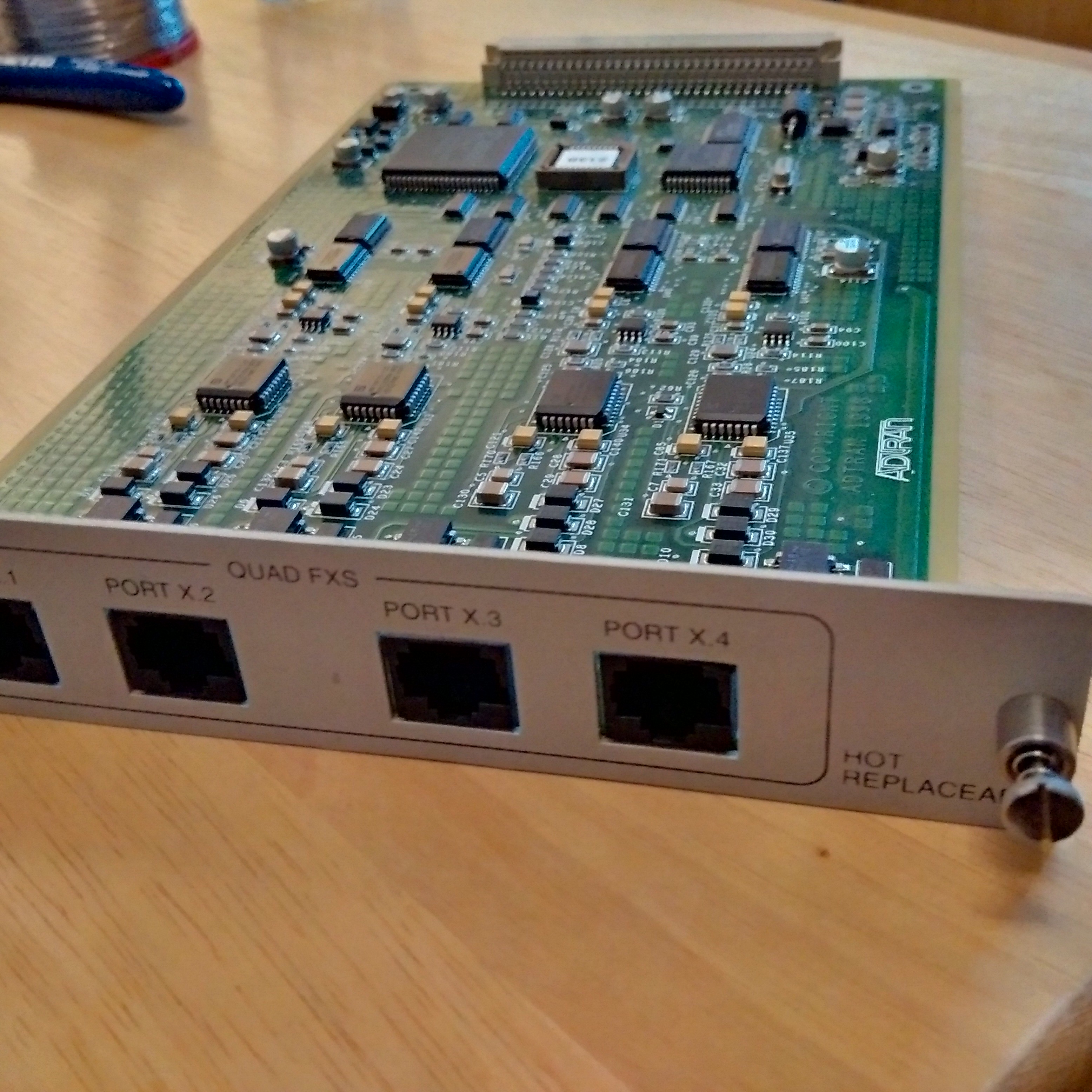 Close up of the board with the capacitors removed 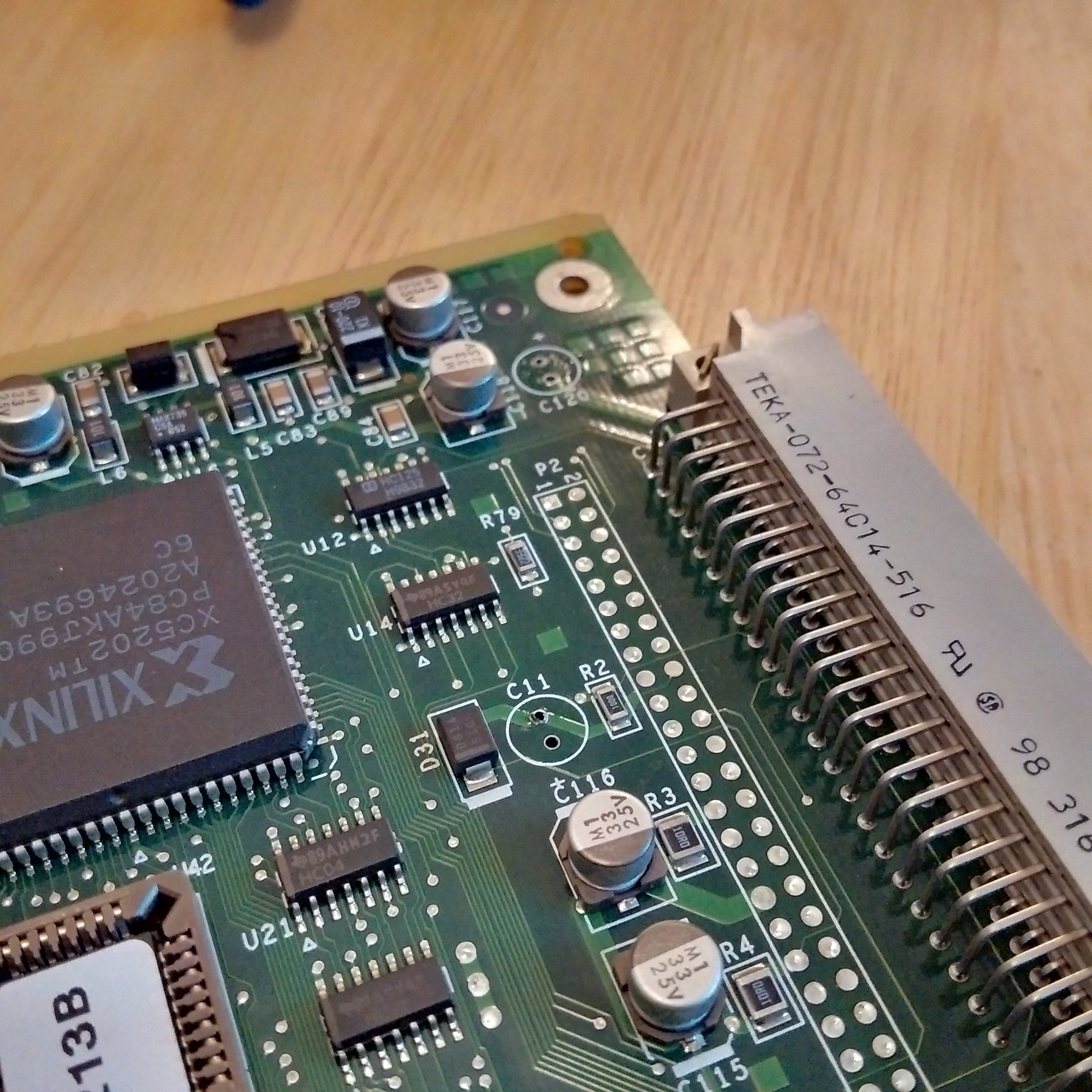 Close up of the board with the capacitors replaced 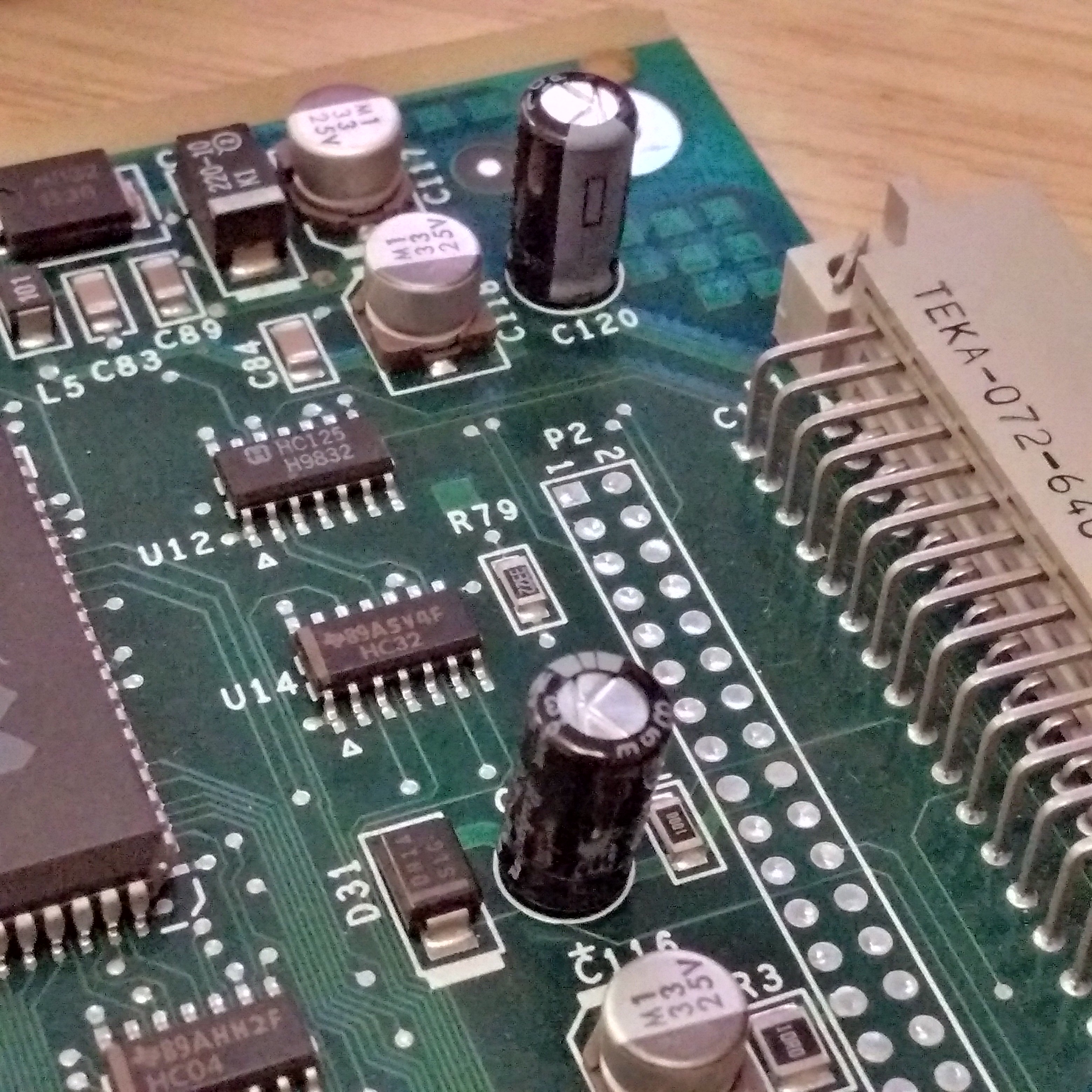 Board with the new capacitors 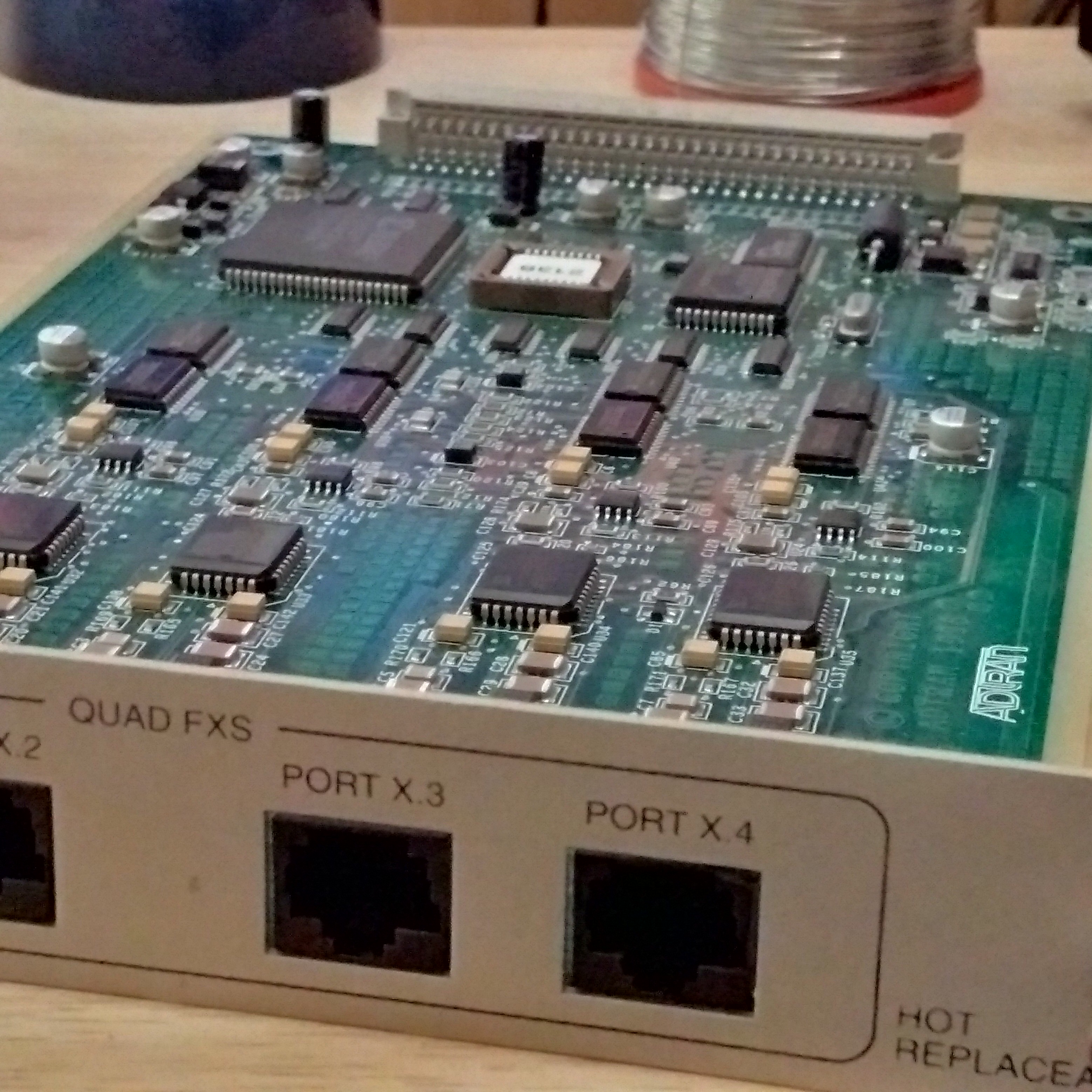 The six capacitors that leaked 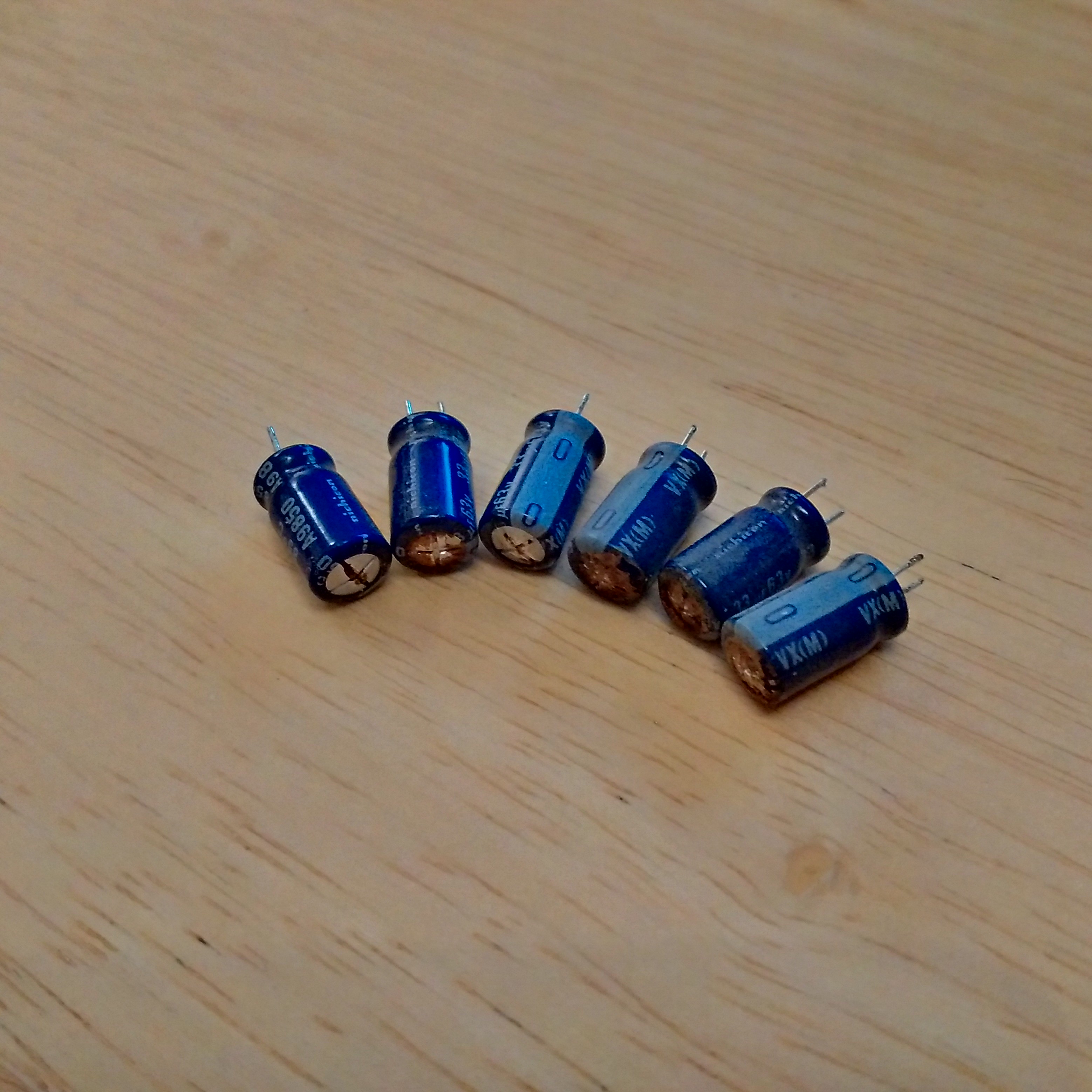 The six capacitors that didn’t leak 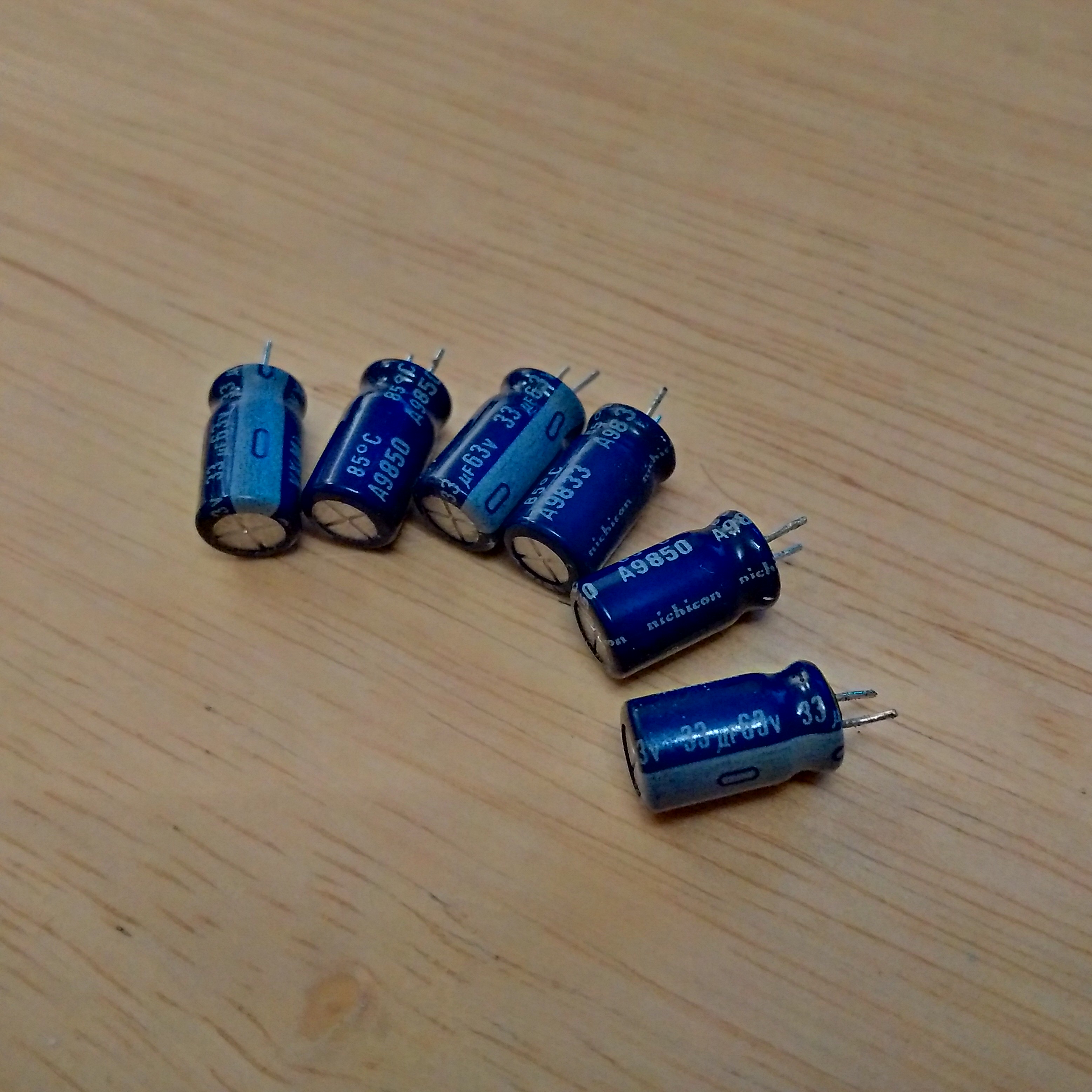 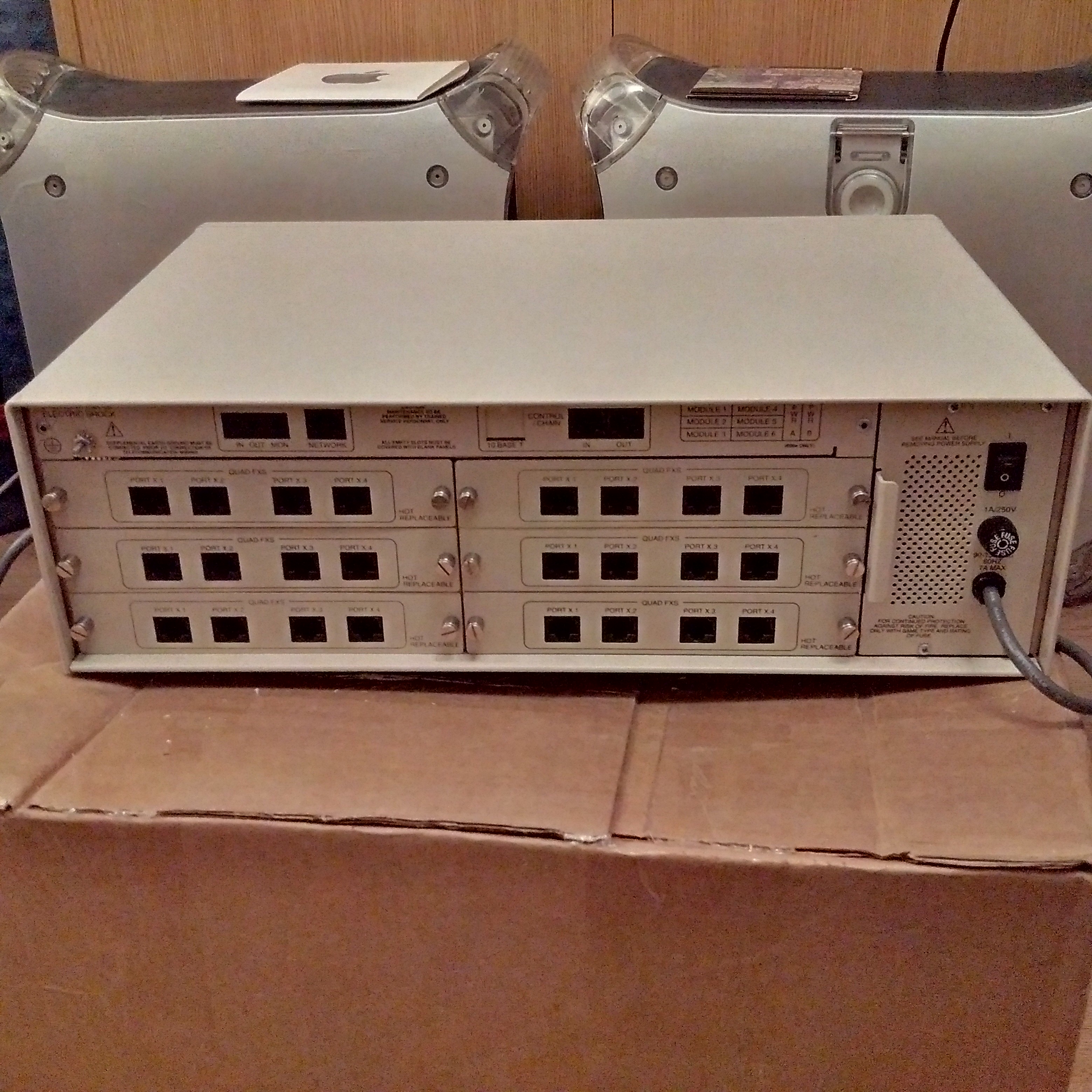 The error light blinking is indicating that there’s no T1 line connected to the unit.

Not terribly exciting, I know, but there have been some interesting tangents during this whole trip down memory lane, and I’m sure more still to come.